When talking with friends and family, or even when scrolling through social media, I’ve been seeing the terms “bullying” and “mean girl/boy” used a lot more recently.

Bullying happens when somebody with more power, or believed to have more power, repeatedly tries to cause harm or exclude someone. It’s aggressive and also reoccurring, according to the website StopBullying.gov, a site sponsored by the U.S. Department of Health and Human Services. But what about situations that may be hurtful but not bullying? Are we too quick to label them bullying because?

While doing some research, I came across a post by the Franklin County Community School Corporation in Indiana titled ‘What bullying is not.’ While noting histories between the students involved in a hurtful incident need to be examined, the article touches on several areas where bullying is not occurring. This includes accidentally bumping into someone and making other kids play games or other activities a certain way.

Another example of something that wasn’t bullying was not having an affinity for someone: “It is very natural that people do not like everyone around them and as unpleasant as it may be to know someone does not like you, verbal and non-verbal messages of ‘I don’t like you’ are not acts of bullying.”

The educators go on, adding that “it is very natural for people to gather around a group of friends, and we cannot be friends with everyone, so it is acceptable that when kids have a party or play a game at the playground, they will include their friends and exclude others.” This is not bullying.

I decided to reach out to Megghan Thompson, owner and clinical director at Thompson Child Therapy in Mount Airy, to discuss how parents can handle when bullying is and is not occurring.

“I think with the increase in awareness of the consequences of bullying, it has lead parents to ask more questions about what really is bullying,” Thompson says. “The word ‘bullying’ can fall into the pattern of being overused. But I think really what is going on when that is happening is that a parent is wondering whether or not the child is being bullied, and they just don’t know what constitutes bullying.”

Society’s views on bullying have changed over the years and generations. Because the negative consequences of bullying including suicide attempts and depression, society has stopped dismissing certain incidents by saying “boys will be boys,” she says. Or dismiss it as “just kid behavior.” Adults are more likely to realize that social ostracizing and exclusion can be bullying as well as being physical hit or pushed around.

Parents can help kids know the difference between bullying and isolated incidents by being curious with their child and asking questions, Thompson says. “Your child might bring up one instance and perhaps is holding back, or had been brushing off other instances themselves,” she says.

Say one child pushed another child down. Parents can ask a child to tell them more about that incident and empathize with their child, which leads to their feelings being validated. “That can be their key tool in investigating,” Thompson says.

She always tells parents to get specifics before moving on to teaching moments. “We don’t want to close the door if the child really is being bullied, and have our child shut down or clam up because we jumped straight into advice giving or teaching mode, or what I like to call ‘fix it mode,’” she says.

“With that said, it is a win-win when we are curious and we validate,” she says, “because not only does your child feel heard and understood, which is the perfect way to combat the effects of actual bullying, but it also gives you more details if you need to advocate for your child.”

Some parents may escalate situations that are already tense. Thompson believes this happens because they want their child to feel safe. Through listening, a parent can slow their heart rate and reaction down when responding. Parents may ask their child what they wish to be done, which may lead to getting more information on incident from their child. “You get a more clear understanding of how significant your child’s pain is,” she says.

When incidents are in a gray area of bullying, Thompson encourages parents to think about how they would react if their best friend was telling them the same story about his or her child.

“If you can pause and have that conversation with yourself or your spouse before you call the principal the same day and maybe wait a minute to do that … that can help you get some perspective of what questions need to be answered by the school if any,” she says.

It’s important for parents to discern what bullying is and isn’t so they and their children can understand where to draw the line.

“Then we can understand where the gray lines could be for a child who is engaging in socially inappropriate behavior or just typical child behavior that doesn’t fit that category,” she says. 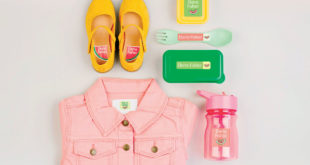 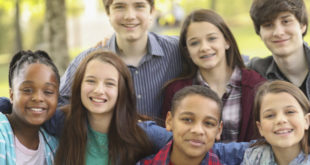 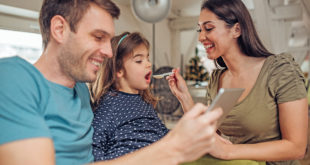