So Over This? Find Some Joy

“Out my front window, I see blooms in pink, fuchsia, lavender, purple, cream, white and green in a beautiful array of shapes and sizes,” says Turner, a Towson resident. For her, the flowers are a welcome distraction from homeschooling or worrying about personal protective equipment.

Gazing at these blossoms is also one of the best things that Turner and others can do for their mental health, says Jon Hershfield, director of The OCD and Anxiety Center at Sheppard Pratt.

“Try to look for what’s good right now,” he says.

It’s been four weeks since Gov. Larry Hogan issued a stay-at-home order for all Marylanders. For some, the shutdown has begun to take its toll on their mental health. Others are anxious about the summer, which could include the early steps to our recovery but also a fair amount of uncertainty.

“It’s tricky. We think we have time to prepare, but we don’t know what we are preparing for,” Hershfield says.

How then do we take care of our own mental health, and keep our children from being anxious? He has these recommendations:

It’s really easy to get lost in how hard things are, Hershfield says. But focusing on the difficulties can lead to depression. Instead find joy in the moments: Listen to a favorite song. Appreciate the home-cooked meal a spouse made. Remember what inspired you to buy that favorite painting of yours.

May is Mental Health Awareness Month, and Sheppard Pratt will host virtual “Lunch & Learn” sessions on their Facebook page every Friday at noon.

Like Turner, Homeland mother Jessica Reighard, also finds comfort in nature. “I wish I could identify the bird calls and understand what they are saying,” she says. “There’s a whole separate world up in the trees.”

Her friend and Homeland neighbor Karen Levin is cooking for her family. “We’ve been making homemade sushi, lots of roasted vegetables, egg stratas, things that use random ingredients and last for a while,” she says. “Mainly I love trying to come up with new ideas using the limited ingredients on hand. It feels like a rewarding challenge.”

Activities like these are meaningful and important ways to find joy, Hershfield says. “Pay attention to these moments. They are more important than we think.”

Think about a time when you were waiting in a doctor’s office with your child and he or she was bored, Hershfield says. That became an opportunity to look at posters or pictures on the wall, identify colors or read any provided books.

That was also a mindfulness skill, he says, and one we can use right now.  Mindfulness was a trend in school curriculum that got a lot of play pre-virus. But, in this instance, parents can use it to help their kids be more aware of the present and less panicked about the future.

Take note the differences of daily life “with interest,” Hershfield says. Ask encouraging questions. At the same time, be patient with your children and yourself, he adds.

Be OK with anxiety

Hershfield says he started his day with a trip to the grocery store, where for the first time, he saw kids in masks shopping alongside their parents. It was a jarring reminder of daily life in a pandemic but also how this crisis affects all of us: Everyone is dealing with something unfamiliar

Now that we are all in this together, parents can demonstrate how to be OK with uncertainty. Anxiety, for example, is a perfectly normal reaction to the unknown. But it also can shut down both children and adults.

“Just because you are experiencing anxiety doesn’t mean you have to put everything on hold until the anxiety goes away,” he says.

Parents can show children they can still play with their toys even if they are feeling uncomfortable. And they themselves can still work or cook dinner even if they don’t know what’s going to happen next.

“There’s no book, ‘What to Expect When You’re Expecting a Pandemic,’” Hershfield says. And yet, “Adults have a lot of pressure to be the perfect parent right now, and there’s just no frame of reference.”

Part of the pressure comes in the form of productivity. For some parents, “being super productive right now” is the way to ease anxiety. For others, paying attention to self-care may be more important. Those parents need to relax and read instead of trying to paint the living room, Hershfield says. More importantly, they need to recognize that choice is OK.

“Letting go of judgment is key,” he says. “And it’s good for kids to see you do that.”

Previous Moms, You Can (And Should!) Still Exercise While Sheltering-in-Place
Next Coping with Coronavirus as a Type A Mom 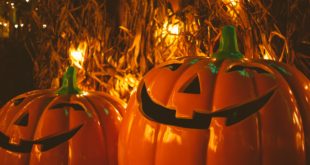 2020 Fall and Halloween Happenings in the Frederick Area 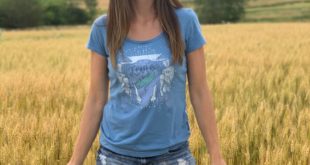 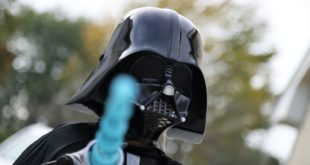 Johns Hopkins Medicine A Woman's Journey
at Zoom in Virtual