Yes, You Can Support #BLM Without Protesting

Attending local protests may not be feasible for all families right now, especially in the midst of an ongoing pandemic. Health and safety risks are still present and so are social-distancing protocols.

Although rallies and marches against racism and police brutality have garnered a substantial amount of media coverage over the past two weeks, there are still ways for parents and children to get involved in the Black Lives Matter movement without protesting.

Here, Whitehead shares some easy but meaningful ways that families can take a stand against racism from home.

One way that kids can demonstrate their support for the movement is by making protest signs.

Not only does the activity allow them to tap into their creativity, but it also serves as a conversation starter for parents who want to explain the greater purpose and importance of the current news and the Black Lives Matter Movement, says Whitehead.

Looking for another way to start a difficult conversation about racism? Try reading one of these children’s books about race with your kids.

Using art supplies you have at home, such as poster board, paint and markers, kids can create posters that say “Black Lives Matter” or “Justice for George Floyd.” They can also come up with their own messages of support.

Hang their protest signs in a window or display them outside on your front door or in the yard.

Instead of just displaying their signs, kids can stand outside and physically hold them up, as if they were actually marching in a protest.

“There are some parents who don’t want to take their child out to be around other people,” says Whitehead. An individual protest, “gives them that feeling of being actively involved,” she says.

Donate to the cause

If you’re feeling overwhelmed by the countless organizations and bail funds accepting donations, Whitehead advises families to first brainstorm and organize a small list of causes—ideally two or three—that they would like to support.

These causes can be national and focus on the larger Black Lives Matter movement or on the victims of racially charged police brutality incidents. Or they can be local and provide support for community-based services, programs and initiatives.

Focusing on a set list of organizations helps children understand where their money is going and encourages them to choose causes they’d like to continue learning about, says Whitehead.

One of the best things that parents can do right now, according to Whitehead, is help their children actively inform themselves about the current movement and the recent news. Non-black parents should make sure their kids and teens have “as much information possible to understand what is happening in this moment,” she says.

Whitehead recommends using the “Black Lives Matter at School” teaching materials, which covers the 13 principles of the movement for all grade levels. Another resource is the National Museum of African American History and Culture’s “Talking About Race” web portal. Its videos, role-playing exercises and targeted questions were designed to help inform and guide discussions.

“We want the next-generation police officers, politicians and teachers to not practice anti-Blackness,” says Whitehead. 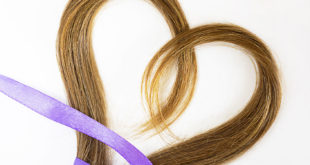 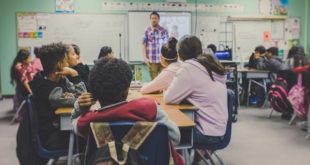 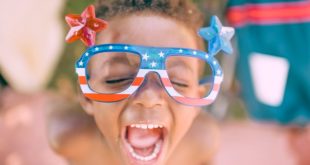