How We Talk to Kids About Body Image

Many of us used the turn of the decade to mark intent to change day-to-day routines and make self-care a priority. Overall, those motivations are very positive. A new year presents fresh opportunity to evaluate our lifestyle and set healthy goals. Often, those goals stem from our body image.

Perception drives our mood when it comes to body image. We all know that bodies are different in size, shape and functionality. But the way we perceive our bodies in comparison with others can be complicated. When parents want to change the way they look and set unrealistic goals, or if they want to impose dramatic change of diet or nutrition on a family, it’s important to tread carefully.

Shiri Sadeh-Sharvit, Ph.D., is a clinical psychologist specializing in body image and eating behaviors. She is also co-author of the book, “Parents with Eating Disorders: An Intervention Guide,” an evidence-based, practical manual that aims to prevent disordered eating from being passed down through generations. “Kids see and hear everything, and that’s how they make sense of the world,” says Sadeh-Sharvit. They can internalize the statements and messages we make through our words and actions. “It is important to make sure what we ‘feed’ our kids, at dinner and through messages, is healthy.”

They model what we do and say, even if it is entirely unintentional to put those ideas into their heads. And negativity inevitably trickles down to children. Parents should try to avoid speaking too harshly about calories and weight or making appearance-based comments, suggests Sadeh-Sharvit. “If parents talk negatively about bodies—even if only talking about their own body, their own silhouette and their own aesthetic goals—kids hear it all.”

Risks for girls and boys

Criticism seems stronger related to females, so parents tend to focus more worry on girls. But boys can also be subjected to negative body image. In general, body standards for boys do cover a wider range in shape, weight and appearance than girls’ perceived ideals. But a 2016 study in the Journal of Pediatrics found that among children ages 9 to 14, more than half of girls and boys were dissatisfied with their body shape.

And it begins even younger than that, according to Sadeh-Sharvit. She notes that studies have shown when children as young as 3 were given Barbie and Bratz or Ken and Hulk type dolls to play with, they quickly internalized the standards of beauty. Many preschool-aged girls and boys expressed negative body image after playing with dolls that exhibited an idealistic physique.

But dolls are just one aspect. There is also the barrage of ads, television programs, magazines and the people around us every day that display the distorted views of our culture when it comes to body goals. There is an abundance of unrealistic standards and criticism for those who can’t meet them.

The impact of social media

For kids who are a bit older, does social media stir the pot? “Social comparisons have been always an imminent part of interpersonal interactions. The interest in what other people are experiencing and doing and comparing ourselves to them is what makes us human,” notes Sadeh-Sharvit. Social media provides even more opportunities for weight stigma and body dissatisfaction.

“Many of the girls, boys and adults I work with tell me that they feel worse after watching other people’s posts, especially when they wear bathing suits, look tanned or are very muscular. I recommend my clients to reduce their social media consumption and to consider unfollowing or ‘muting’ accounts that make them feel negatively about their bodies and their relationships,” Sadeh-Sharvit says. “This is a huge concern that I wish more parents would discuss with their kids.”

It comes down to recognizing where the risks are, communicating and making the most of the positives. “Let’s not forget that social media could also be an avenue for activism and for connecting with people and groups that support body positivity,” she adds.

Sadeh-Sharvit reminds us that it’s absolutely natural for kids to notice body differences and feel inclined to point them out. “When kids start to talk about appearance, it can present opportunity to address health and nutrition, and that is a good thing.” But take note if the concerns seem driven by a child’s self-criticism or the criticism of others. Also be mindful if a child becomes less social, if habits change dramatically or if a parent gets a gut feeling that self-consciousness is going too far. In all of these situations, it is good to talk with your child’s pediatrician.

The pediatrician can check BMI and developmental growth curves to determine if there are any abnormalities, stunted growth, increased weight gain or other things going on. Puberty can be an especially tricky time for self-image. The pediatrician can help reassure your child that the changes they are going through are normal phases.

A pediatrician visit can also be a great opportunity for a non-parent authority figure to chat with kids.  They can get a feel for whether their perception of their own appearance is healthy. If it is not, they can help create a plan to guide your child to a happier, healthier self-image.

Girls as young as 5 sometimes talk about dieting or restricting foods, saying that if they eat sweets they should walk around the block afterwards, etc. Those ideas are most likely mirroring what they hear at home. In examining your child’s views on body image, be prepared to hear that some of what is driving their self-criticism is coming from you. It comes from the things you say and do, even unintentionally.

“Parents certainly aren’t likely to try to sabotage a child’s self-esteem. But it’s always a good idea to take a personal inventory of the way you model health ideals,” Sadeh-Sharvit says. “Parents can reinforce positive health ideals—micronutrients, what it is to be healthy, diverse food consumption (kids need carbs), a focus on being strong and healthy and confident.”

Help kids discover how capable and awesome their bodies can be by finding outlets for the activity that suit the child’s individual interests and personality. This could be through organized sports, fitness classes or just running around and climbing at the park. Encourage them to realize that their body is designed to do amazing things when they make healthy choices to fuel it.

Previous Our 8 Best Tips for Winter Health
Next Friendship Goals 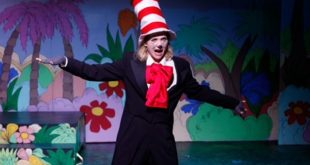 ‘Seussical: The Musical’ Takes the Stage at Other Voices Theatre 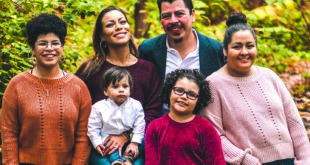 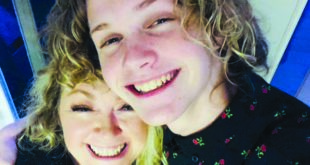 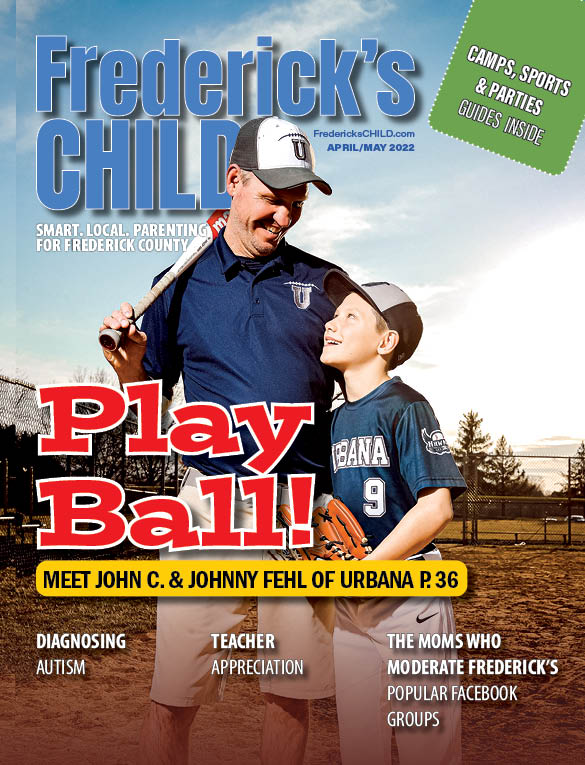