It may not be the first thing that comes to mind as the snow begins to pile up in the Mid-Atlantic, but winter may be the best time to lock in a summer camp program for your child.

While there is “no wrong time to look for a camp,” according to the American Camp Association (ACA), open enrollment for many camps starts in January, so it’s a good idea to have your preferred camp options narrowed down before then.

“Some camps fill quickly, so there may be waitlists,” notes an ACA spokesperson. And the enrollment period is earlier than ever. Some camps even began registering kids at the end of last summer.

At Club SciKidz MD, a science and technology camp which has several locales throughout Maryland including in Baltimore and Anne Arundel County, registration began right after Thanksgiving on Small Business Saturday. And, according to co-owner Andrea Gibble, “We had the biggest opening week ever. While there are still plenty of spots available, a few camps are sold out already— in Howard County we are almost 50% full!”

Last year, following two years of COVID-19 pandemic precautions, parents eager for their children to have fun registered them for camps as early as possible. That meant some longtime campers were shut out of their summer home for lack of space.

That’s what happened to the Lisa family of Broomall, Pennsylvania last summer.

“We’ve been going for years to one camp, and I didn’t usually register my kids until February or March,” Stephanie Lisa explains. “Then, last year, the camp was fully booked in December. It didn’t matter if you were a returning camper. I was very upset about it, but they couldn’t add any bunks or more kids.”

Although Lisa ended up finding a much different camp that year that her boys loved, to avoid being put in the same position again, she is already on the hunt for the right camp experience this summer for her sons Steven, 10, and Elliott, 8.

She’s also weighing the all-important question: Are they ready for sleepaway camp?

“I’ve toured four sleepaway camps, did research on two more and then the same thing with two-day camps,” Lisa says. “It’s almost like interviewing for a private school or a college. You need to make sure the atmosphere, the personality of the people working there and the program itself offer what your kids need and like.”

“Sleepaway camp is the best,” says Jamie Simon, senior advisor of camps and talent at the national JCC Association. “It teaches kids to be their best self, to grow independently, to be part of a community and explore their identity in ways that are deep and meaningful and make friends for life.”

Simon, also the CEO of Camp Tawonga in California, suggests parents use sleepovers to test if their kids are ready for a sleepaway camp.

If your kids have never slept away from home and can’t get to sleep without you being there, it’s probably not the year to try overnight camp, says Simon, who consults with camps across the East Coast. “But if they go on sleepovers, and they like sleeping away from home, that’s a sign they might be ready.”

Rachel Steinberg, of Fort Washington, Pennsylvania, who serves as manager of new family engagement and community at Camp Harlam in Pennsylvania, says when looking for a camp, it’s also important to consider your goals for your child’s summer experience.

“There are hundreds of amazing camp options to consider, so it’s important to hone in on the things that are important to you and them. That could be things like values, the facility, program offerings, inclusion, etc.,” she says. “There are traditional camps that offer diverse programmatic experiences and specialty camps that offer kids more depth in their experience around a particular interest area like sports or arts.”

Catoctin Quaker Camp, based in Thurmont, Maryland makes it easier for families torn between day camps and sleepaway opportunities. Though kids still stay at camp base for a week, the program combines camp days with activities including games, arts and crafts and swimming and two-day overnight excursions where kids bring their own bedding, food and gear.

Some families might also factor in the experience level a camp program has into their decisions. Catoctin Quaker Camp just reached its 100th summer in 2022. Another Thurmont camp—Camp Airy, a Jewish camp for boys— will reach its 100th anniversary in 2024.

“Ultimately, I would encourage families to find a camp that they think will be the best for their child and their family; a place where they believe their child will be set up for success.”

Gibble, who co-owns Club SciKidz MD with Matt Bogusz, agrees that parents need to take each child into account, as what works for one may not work for all.

“Think about what situations and environments your child is successful in. If they do better with a schedule and set activities, a traditional day camp with lots of unstructured free time probably isn’t the best fit,” she explains. “If your child loves being rough and tumble and being outdoors and can always ‘find something to do,’ an outdoor camp that offers sports, swimming and good ol’ day camp fun may be the right fit.”

“Also, some camps are repetitive in activities from week to week, so if they’ll be attending multiple weeks, you may want to find a camp that offers more variety,” she adds.

Finding the right environment is just one of the keys for summer camp success, says Robyn Shrater Seeman, of Rockville, Marylaqnd, whose kids range from ages 7 to 17.

“We have four kids, so one challenge is coordinating schedules — between camp schedules and family plans like traveling or seeing relatives, and between camp and school schedules,” she says. “Another is finding camps that meet with each kid’s interests, and then seeing what will fit our budget.”

This year, her two oldest will be working at area camps, while the two youngest enjoy local day camps.

Overall, Shrater Seeman continues, “We look for a camp that is warm and inclusive. Whether it’s a general camp or a specialty camp like theater or baseball, a warm and inclusive atmosphere is really important to making it a positive experience.”

Before making a final decision, parents should also find out if their camp of choice has received accreditation from the ACA, which would indicate it has strict operational measures in place in areas like health, safety and risk-management. Camp officials advise parents to “interview” the camp director, talk to parents whose children are already in the program and make sure they are comfortable with what they are learning from these discussions.

Lisa says she’s narrowed down her choices—one sleepaway camp and one day camp, depending on which route she and her husband, Steve, feel is best—and will be making a decision shortly. But she knows it’s not a decision she could have made lightly.

“Camp, is not something to do to keep kids busy for the summer,” she says. “It’s a significant investment in helping your child grow.”

Previous Coding: A Good Career Path for Autistic Children?
Next How to Talk to Kids about Homelessness 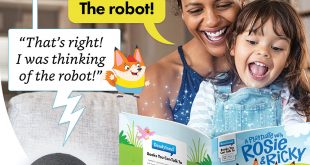