For around five decades, the Frederick County Society of Model Engineers (FCSME) called a small plot of land at 423 E. Patrick Street home.

Its structure was not a building, but rather a historic train car that formerly transported thoroughbred race horses. The 70-foot long car was placed on a small set of railroad tracks. The nonprofit organization hosted regular meetings at the car, and it was also a site for members to run their model trains on its large layout. The group hosts open houses during the winter months to allow the public to see the display.

The car had only moved 20 feet in the mid 1990s as a part of the Carroll Creek Flood Control project over all those years until late July. The land was recently sold to a developer to build housing, so the club needed to find a new home.

“We knew (the location) was borrowed time because the Carroll Creek project was going to keep expanding,” says Dylan Owens, FCSME president. “The land developer gave us a grant to move the car so they would not cut it up and scrap it.”

FCSME reached out to the Walkersville Southern Railroad and asked to form a partnership to house the train car. “We are a new attraction for them so it is going to draw more people and that also helps us out, too, because then we might get more members or more donations to help repair or repaint the car,” he says. “Whatever it may need. It is a win-win for both of us.”

But moving a 75- ton historic train car was no easy feat. A crane could not be used because people were afraid it could break apart the car. Movers also had to level some of the land to get the tractor trailer safely by the train car. “Walkersville Southern Railroad came in with some heavy equipment and dirt and gravel to make a new road for [the] car to travel on,” Owens says.

Group members also had to disconnect the power, remove items from the car to reduce the weight and secure items that could not be moved so they did not shift during transport. They also had to dismantle their fence and take down their outdoor G scale train tracks.

The car was lifted from the bottom by air jacks. “They built little platforms with wood, and then they used air jacks with a giant air compressor and literally pumped the car up off the wheels, slid the wheels out from underneath it and then backed the tractor trailer parts up underneath the car where the train wheels would have been, and put road tires on the car and drove it down the road,” he says. “It was interesting how they did it.”

After the several mile drive, the car was placed by the Walkersville Southern Railroad’s Museum. Owens estimates the train car will not be open to the public until the holidays so members can take their time putting the display back together and building steps for both doors.

What Ehlers Danlos Syndrome is (and isn’t) 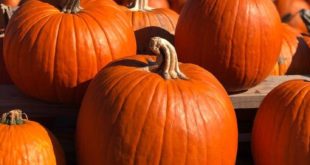 Best Spots for Pumpkin Picking and Fall Fun in Frederick