I was spoiled growing up, at least when it came to experiencing theater. My grandparents lived in New York City, a short car or bus ride away from magical Broadway. Walking on the busy city streets and witnessing the sparkling lights and enormous skyscrapers were tremendously theatrical experiences in and of themselves, but stepping foot inside a theater to see a play when the lights went down—nothing could be more time stopping, surreal and magical.

In an article titled “The Benefits of Attending Live Performance for Children and Adolescents,” Dr. Natasha Kirkham asks, “Is attending theater more than just a fun trip out with family and friends?” She explains, “Attending live theater can be much more than that. It can have real, measurable developmental benefits, including improved emotional intelligence and opportunities to broach complex and difficult subjects.”

Why should parents consider introducing their children to theater? Perhaps it is even more essential now for children to be involved in some type of theatrical experience, especially when many children in Maryland and throughout the country have been and continue to be isolated from their peers. Engaging in theater—whether in person or online—gives children an outlet to express themselves.

Kirkham’s research points to this issue where the impact and value of exposing children to theater is much more than an enjoyable pastime. “Engagement in theater improves social bonding
and allows for emotions to be explored in a safe space,” she says.

Frederick County has many opportunities for children to discover and experience the worlds of theater and the performing arts.

At 24/7 Dance Studio, staff are working to create summer classes that will blend both in-person and virtual experiences. Registrations will begin in March for three music theater camp offerings.
“This is more than we have offered in the past because the camps have become very popular,” says marketing manager Susan DesRoches. “We are being optimistic with the vaccine. I really think that by summer the camps should be able to happen in person.”

To keep children who attend in-person sessions safe, all classes will have grid placements on the floor and each child will be assigned his and her own 6- to 8-foot space.

Visit 24-7dancestudio.com for more information about the studio’s summer schedule.

Dance Unlimited currently offers in-person dance and acting classes for children beginning at age 2 ½. Open registration for classes is ongoing; all classes are listed at danceunlimitedfrederick.com. Costs vary depending on age groups.

Kelly Latkovski, a Frederick mom who has two children currently taking in-person classes, says the small class sizes have been a benefit for both her son and daughter. “My son has been taking classes for several years and loves it. My daughter, who is normally shy due to a speech impediment, loves acting class and participates very well.”

“We have been virtual since this past summer when all of our camps were online,” explains Gené Fouché, director of education for the Maryland Ensemble Theatre in Frederick. “Most of the shows for kids have been put on hold, but they will resume as soon as we can. When (temperatures) get warmer, we (the Fun Company) will be doing some sort of outdoor programming, and as things become safer, we will make announcements accordingly.”

The MET offers three types of virtual classes. All sessions are 12 weeks and classes start the first week of February. As of press time, the following classes are still open. Find more details and
registration information online at marylandensemble.org.

Summerfest Family Theatre “started in 1992 as a collaboration between the Office of Special Events and a local theater group called Theatricks,” Johnson explains. While the theater group disbanded in 1999, performers continue to participate thanks to the work of Celebrate Frederick staff and volunteers.

In past years, youth attendees had the ability to interact with a variety of live performers at Summerfest Family Theatre. Memories created from these experiences can develop into a deeper appreciation of live theater as children grow, Johnson explains. While plans for this year’s Summerfest are still being organized, information will be posted on celebratefrederick.com as details become available.

Justin Kiska, president and managing director of Way Off Broadway Dinner Theatre, explains that Frederick County, Maryland, is “unique in the amount of youth theater that can be found here and the diversity of theater options is incredible—far more than a county of our size would expect to see. There are usually one or two youth theater programs in session where children are involved in putting on a production.”

Since opening in 1996, its Children’s Theatre program began producing adaptations of popular children’s stories written exclusively for Way Off Broadway. Since 2011, the theater program has evolved to include adaptations of classic fairy tales and made-for-stage versions of popular children’s books and movies such as “Cinderella,” “Aladdin,” “Peter Pan” and more.
Way Off Broadway Dinner Theatre is currently working on its production of “Oliver!” which will run from March 19 to June 5. Visit wayoffbroadway.com/coming-soon for the performance
calendar and ticket information.

Whether they’re participating directly or observing a theatrical production, when children are engaged in theater, says Fouché of the MET, “they have a creative outlet, and it helps them to develop self-confidence.”

The Enhance Arts Project is a Frederick-based organization working to create theatrical programming integrating the deaf and hearing communities. Adrienne King, the director of the Enhance Arts Project, explains that the organization created a two-episode pilot called “You Too!” for an audience of elementary school-aged deaf and hearing children. The show will consist of segments with a variety of arts that include dance, theater and American Sign Language poetry, she says.

Currently the organization has applied for funding to create additional programming that will provide opportunities for children in the deaf and hearing populations to act, direct and write plays. Each show will feature deaf and hearing artists, choreographers, actors, dancers, consultants and directors. Furthermore, the pilot episode of “You Too!” will enable the community to see ASL and English as complementary languages and that all artists are equal partners.

Previous When Fun Fulfills a Purpose: Youth Programs Encourage Leadership and Future Goals
Next Medications at Summer Camp: What Do Parents Need to Know? 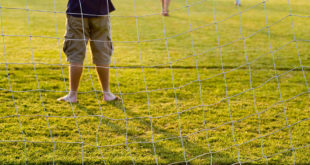 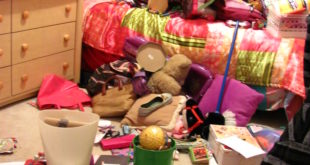 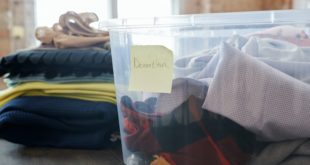