Indoor Fun with Your Family: Board Games

While you certainly can’t go wrong with Monopoly, you may want to try out a new family board game this winter. Today’s tabletop games can be just as engaging as their digital counterparts, requiring kids to move, draw, build, strategize and, most importantly, enjoy themselves. Best of all, unlike Monopoly, they don’t require a full night (or longer) to complete.
Many game options are available. To make it easy for you, we tapped an expert—Dominic Crapuchettes, a professional board game designer and founder of Maryland-based North Star Games—for his top picks for off-screen family fun. Discover his game recommendations (see more at northstargames.com).

Happy Salmon will get your heart pumping as you run around the room to match cards with the other players. When you find a match, you celebrate together by performing the action on your card (high five, fist bump, etc.), then you throw the card on the ground and look for your next match. The first player to go through their 12 cards wins. Happy Salmon works great across several generations and is sure to put a smile on everyone’s face. 2 minutes, ages 6+, four to six players (or up to 12 people with two copies)

Monster Match is a speed game. For each round, players roll two dice that show a number and a body part (arms, legs or eyes). Players quickly scan the 10 monster cards on the table to find one that matches what is showing on the dice. Monster Match is a unique game because multiple players can get a match each round. This format allows younger kids to participate and still have fun. 10 minutes, ages 6+, two to six players

Beasts of Balance is a cooperative game where players work together to build a tower of animals without any of them falling. The beautifully sculpted animals interact with a downloadable app, which keeps score for you and displays an interactive ecosystem of the animals you’ve played. Beasts of Balance sells for $100, but the unique experience it provides is worth every penny. 10-20 minutes, ages 7+, one to five players

Rat-a-Tat-Cat is a simple strategy game that requires a mix of memory skills, calculated risk taking and a bit of interactive bluffing. It’s a great way for kids to practice their addition skills while having fun and interacting with others. 10 minutes, ages 8+, two to five players

Wits & Wagers Family is a multigenerational trivia game where no one will know any of the answers. Players write estimates to a question, then bet on the estimate they think is closest to the right answer. Part of the game is about making good estimates, but a larger part is knowing which player to bet on depending on the category. This format gives kids a fighting chance to beat their parents at a trivia game. 20 minutes, ages 8+, two to five players

Telestrations is a party game that combines drawing and the classic “telephone” game. In round 1, each player gets a word to sketch in a notebook before passing the notebook to the left. In the second round, players look at the sketch, flip the page, write what they think the word is and pass the notebook to their left. In the third round, everyone looks at the new word, then flips the page and draws a sketch of the new word. Rounds continue like this until players have their original notebook. Players go through the notebooks and laugh at all the funny changes that took place. 30 minutes, ages 8+, four to eight players

Werewords is a mix between 20 questions and a secret identity game. The goal is to guess a secret word before time runs out by asking “yes” or “no” questions. But two of the players are shown the word before the round starts. One of these people, the werewolf, will deliberately try to steer the group in the wrong direction. They win if the word is not guessed correctly. The other will try to get the group on track without getting caught by the werewolf. 10 minutes, ages 10+, four to 10 players

Ticket to Ride is a light strategy game about making train routes across the United States. It has engaging game play that strikes a balance between luck, strategy and risk taking. Ticket to Ride has sold more than 11 million copies since it was released in 2004. 45-60 minutes, ages 12+, two to five players

This article originally appeared in the January 2021 issue of Baltimore’s Child, a sister publication of Frederick’s Child. 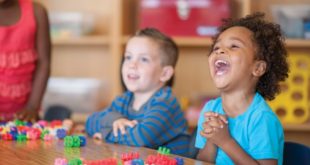 Survival Guide for Parents of Kids with Special Needs 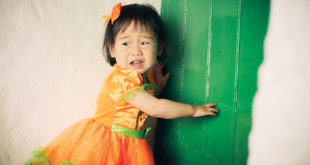 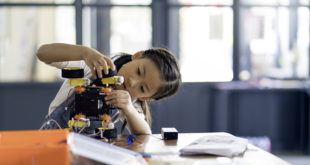 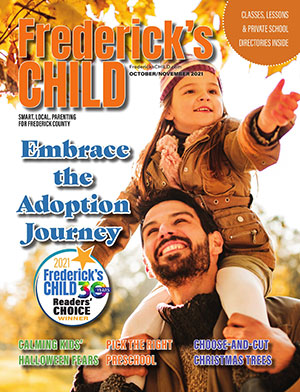